When my wife and I walk trade shows there comes a point where we look at each and say its time. Everything looks the same. We call it the stuff effect, it all just becomes – stuff. So, how can you keep your trade show display from being just one more 10 x 10 space full of stuff? How can you make a positive first impression at your trade show booth?

“Be Unique. Don’t be afraid to experiment. How many booths in the show look the same, a square space, table with a branded tablecloth, a backdrop, and a few brochures? I attended a show geared toward Firefighters where one of the most visited booths had a fire truck. Another had people try on firefighting gear. And still another had a fire hydrant to show how their hydrant snorkel worked.” How can you be unique? Try these posts Keys to successful trade show booth design part 1 and  Keys to successful trade show design part 2.

“Your booth should have one driving message, not ten. You need to grab attention not confuse people as they walk by your station.” — Stop! Read this and avoid these trade show mistakes.  Making a positive first impression at your trade show booth begins with the booth itself. 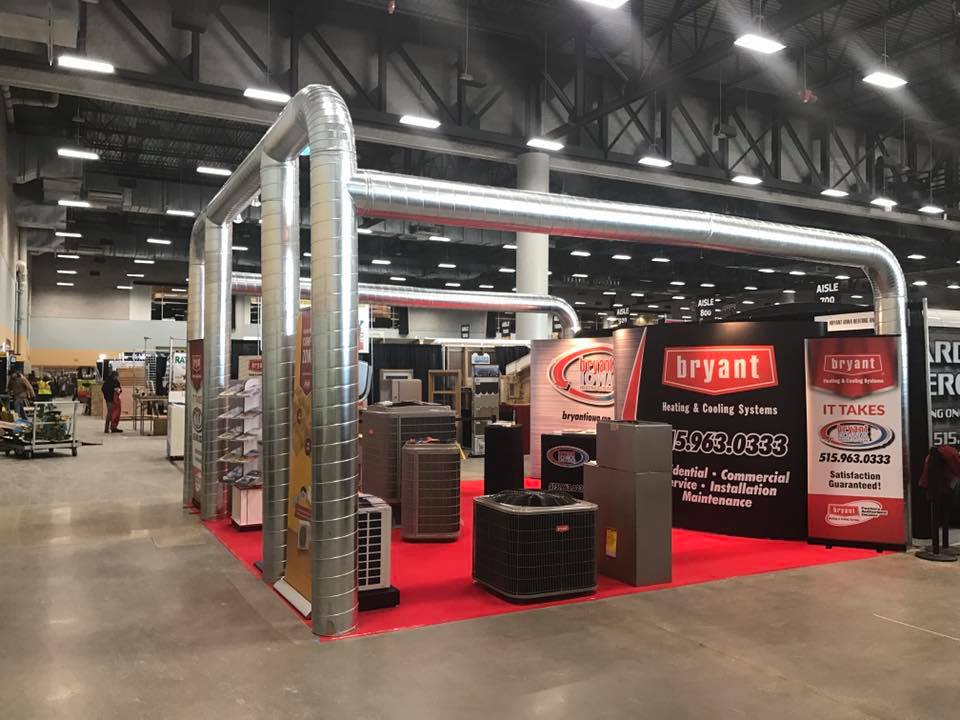 More than anything else your staff can make or break your show, and It begins with appearance. All staffers should be neat, clean, and professional. I personally like branded company apparel in trade show booths.

However, someone can look professional and bored. The staff’s demeanor is critical. Are the staffers attentive and helpful or bored and standoffish? Staffers sitting at the back of the booth on their smartphones doesn’t make a good first impression.

“You’ve spent a lot of time and effort on an upcoming trade show. You’ve updated your display, paid for a prime location, and invited customers to your booth. And you’ve done everything you can to ensure a successful show — almost. Have you considered who should work trade shows as well as who shouldn’t?

None of your preparation will matter if you have the wrong personal representing your organization. Think I’m exaggerating? Walk a show, any show, and tell me what you think of the booth staffing for the majority of the vendors. I’ll wager you’ll see a lot of staffers sitting in the back of their booth tapping their phones. At least that’s what my wife and I experienced at a recent show. Check out our less than inspiring afternoon at a show, How to Engage Prospects at a Trade Show.” — Who should work trade shows? An untrained and inattentive staff detracts from your booth it doesn’t make a positive first impression at your trade show booth.

I’ve seen booths cluttered with boxes, papers, and luggage. Not a good look. Put all of this behind the booth, put it in your room, or take it out to your vehicle, but don’t leave it scattered around the booth. Dirty carpets, food and drink stains on tables, dust and dirt on displays are not a good look. Be sure to bring cleaning supplies, fluids, rags, and a broom.

“Don’t make a mess. Keep your booth shiny and clean, wipe down displays, sweep the floor, and keep it tidy. Place personal items out of sight.” — 13 things not to do when working a trade show.  An unkempt station doesn’t make for  a positive first impression at your trade show booth?

You might not consider location as important to the first impression your booth makes, but it is. To begin with. if you’re hidden at the end of an aisle some attendees may not even find your booth. It’s kind of had to make a good impression when you’re invisible. Secondly, is the “Stuff Effect” I mentioned with my wife and I. The further down the aisle you are the more chance your booth blends in with all the others. And a prime location speaks to attendees. It might be subconscious, but it says, “This booth is somebody important.”

“Do your research. If you’ve attended the show previously you’ll have some idea. If not, ask for help. Talk with the show staff, explain your needs and ask their advice. Seek input from customers and vendors who’ve attended. For some show’s booth location may not be up to you. Occasionally shows assign spaces, others use a point system based on tenure at the show and booth size, and others follow FBFB (first buy first booth). It’s important to communicate with the show management. If sponsorships are available would sponsoring influence your location choices? You also want to check the floor plan and identify high traffic areas”  — How to get the best trade show location for your buck.

If your brochures, one-pagers, and business cards are sloppy, poorly designed, or missing, then you’re missing a great first impression opportunity. And it’s the same with promotional giveaways. A good advertising specialty piece or SWAG can draw folks to your booth.  According to the Income Center for Trade Show Research and Sales Training – See more at: Trade Show Advisor. And Here’s the Best News  “…event attendees are 52% more likely to stop by your exhibit if you have appealing promotional items to give them.” Here’s more, How to choose trade show giveaways.

This is great news for you because with a little work and preparation you can be one of the most outstanding booths at your next show. Work with a professional designer, train your staff, hold them accountable to be present, and give them branded apparel. Choose the best location, keep your booth clean, and offer professional collateral material and SWAG. Do this, and you’ll make a great impression.

So, How Do You Make a Positive First Impression at Your Trade Show Booth?

Begin by contacting us. If we can be of any help with design or if you just want to talk about trade shows with me, Contact Us, or leave a comment.