The Department of Transportation requires USDOT numbers for businesses that transport passengers for a fee or haul cargo through or across state lines. So, if you fit any of the bullet points listed below, you need a USDOT number. Here’s when USDOT numbers are required and where to display them.

When USDOT Numbers Are Required and Where to Display Them

What is a USDOT Number? 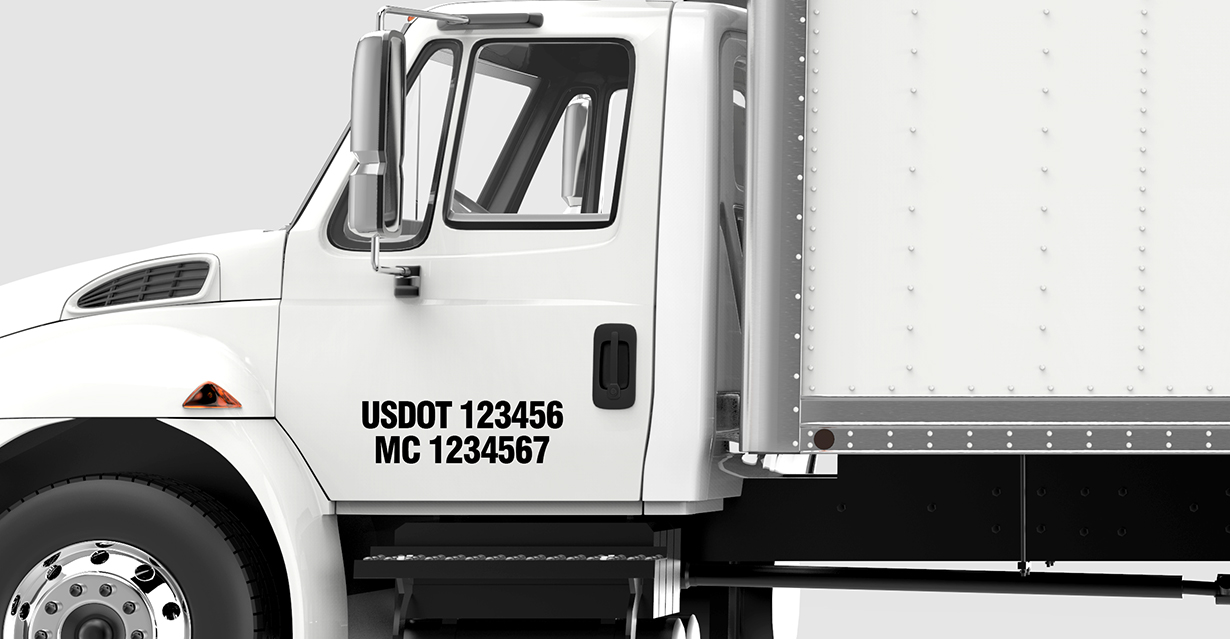 According to the Federal Motor Carrier Safety Administration (FMCSA), “Companies that operate commercial vehicles transporting passengers or hauling cargo in interstate commerce must be registered with the FMCSA and must have a USDOT Number. Also, commercial intrastate hazardous materials carriers who haul types and quantities requiring a safety permit must register for a USDOT Number.

The USDOT Number serves as a unique identifier when collecting and monitoring a company’s safety information acquired during audits, compliance reviews, crash investigations, and inspections.”

Where Should a USDOT Number Be Displayed?

Location and Size Requirement for USDOT:

Why Do We Need USDOT Numbers?

USDOT numbers are used to monitor and improve safety on interstate highways and used for the following:

According the the FMCSA, “A safety audit is conducted by an FMCSA-certified auditor at the carrier’s place of business, or electronically, by submitting relevant documents to FMCSA online or via mail or fax. FMCSA will tell carriers which type of audit they have been selected for by phone or mail.

During the Safety Audit, carriers will be asked to submit documentation which verifies that they have established effective safety management controls. Auditors may request documents related to drivers and vehicles, as well as general operating procedures and record-keeping requirements.”

What Are Other Requirements Before I Can Get a USDOT Number?

“In addition to filing an application for operating authority. All applicants for motor carrier, freight forwarder, and broker authorities must have specific insurance and legal process agent documents on file before the FMCSA will issue the authorities. The required filings vary, based on the types of registrations involved.

Please note that first-time applicants with FMCSA must apply using the Unified Registration System (URS) as of December 12, 2015. Existing registration- or authority-holders may apply for authorities using the OP-series forms until a later date. On January 17, 2017, FMCSA published a Federal Register notice with more details on the suspension of the URS effectiveness date.

Liability and cargo insurance forms must be submitted directly (online) by the home office of the insurance company furnishing the coverage. The FMCSA does not furnish copies of insurance forms.” — FMCSA (Federal Motor Carrier Administration) Registration and Insurance Requirements

What Else Do I Need to Know About USDOT?

“Any time a carrier or other regulated entity changes its name or address, or other details in their record. They should update their USDOT and operating authority record with FMCSA in a timely manner. In addition, FMCSA requires all entities under its jurisdiction to update their information every two years.” — FMCSA (Federal Motor Carrier Safety Administration) Updating your USDOT Number

Where Can I Get USDOT Numbers to Put on My Truck?

So, here’s where we come in. You can get USDOT numbers from most any printer, heck, you can even order them online. However, if your USDOT numbers don’t adhere to FMCSA  standards, you could face a stiff fine. Because if your numbers aren’t placed correctly, aren’t legible, or don’t contrast well enough to be seen from 50 feet away, you will have a problem that could cost you and sideline your vehicle in the meantime.

And it’s not only producing USDOT numbers that adhere to Federal Motor Carrier Safety Administration regulations. But it’s also producing the numbers using high-quality material with inks recommended for that material. A USDOT number that peels off, or falls apart doesn’t do you much good. It’s not only when USDOT numbers are required and where to display them, but also how to do it correctly.

We Can Help: TKO Graphix Knows When USDOT Numbers Are Required and Where to Display Them

One way to be certain you follow USDOT guidelines to the “T” is to use an experienced provider. We’ve been producing USDOT numbers for more than 35 years. So, if you have any questions or if we can help you, please Contact Us, because we know when USDOT numbers are required and where to display them.

If you’d like to learn more about when USDOT numbers are required and where to display them, try this link, FMCSA.DOT: Do I need a USDOT Number?

If your company already has a USDOT, you can look it up here, https://safer.fmcsa.dot.gov/CompanySnapshot.aspx

GET A FREE QUOTE