The other day I was chatting with Tom Taulman II, president of TKO Graphix, about emergency vehicle graphics. As far as Tom could recollect, over the years we’ve worked with agencies in all 92 counties in Indiana. It’s something Tom is proud of and so is TKO.

After our conversation I began looking at our portfolio photos, blogs, and Facebook posts of the many emergency departments we’ve worked with. The number was staggering. If I gathered all the police, fire, and ambulance material in one place it would make a fine coffee table book. However, it would be too much for a blog post. So, I decided to break it into categories and begin with ambulances. Here are a just few of our posts about ambulances from the TKO Brandwire archives.

“Besides this being an excellent example of the work we do with municipalities (and a fine photo from Josh Humble), there’s another reason for sharing this photo today. It’s because our public servants do a lot of good work — and not just what’s expected of them. Yes, they serve and protect, and often risk themselves for us, but they do so much more. They volunteer, spearhead, and promote charitable events year-round by donating their time, funds, and hearts. This time of year, fireman, policeman, and first-responders are especially visible, celebrating the season by giving back.

So, you can support your local heroes by helping their charitable initiatives. Simply Google your local fire and police departments + “Charities” or call them to learn what charities they support. Helping them help others strengthens our communities. If you live in Plainfield and would like to contribute, the Plainfield Fire District is a Toys for Tots drop-off. They’ll also provide you with best practices and tips for holiday fire prevention.” 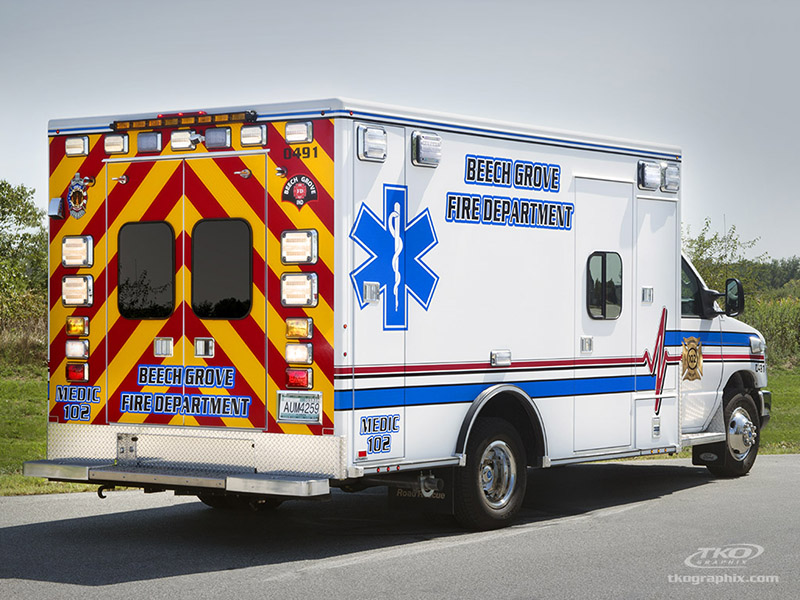 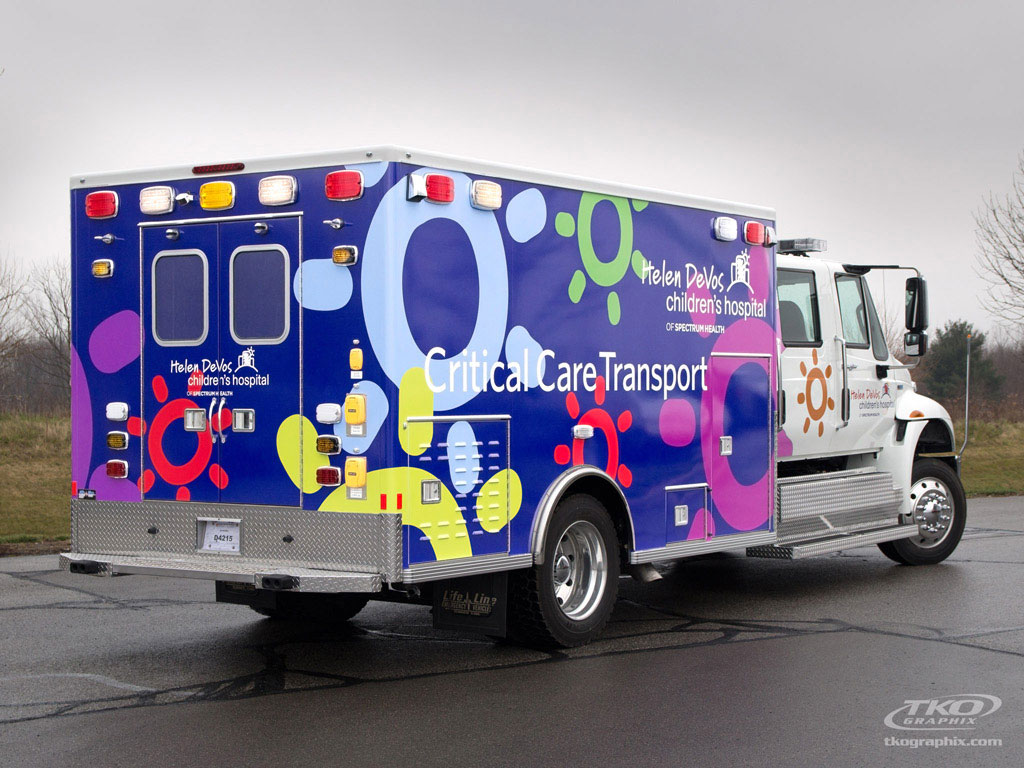 “Last week, much of Indiana shut down due to subzero temperatures and almost a foot of snow. Most counties posted a red Travel Advisory Alert, which limits travel to emergency vehicles. As we watched the local news, we saw road crews, utility personnel, and first responders working under nearly impossible conditions. The first responders included fire fighters coaxing frozen gear, equipment, and water supplies to save lives in our community, state, and across the nation despite the danger to themselves. We saw emergency personnel—EMT’s and ambulance drivers responding to the needs of others regardless of snow covered roadways and arctic conditions. We heard the behind the scenes team members answering phones, advising those in peril, and dispatching crews where they were most needed.

The department is headquartered at located at 4881 W. 71st St, Indianapolis. Besides emergency services, they offer many community initiatives such as fire prevention and safety education. Their mission is, “To safeguard our community through services designed to protect life and property.”

“Emergency vehicles can be a special challenge. Because, not only do regulations vary by state and municipality, but an Emergency Vehicle must be immediately recognizable. The Beech Grove ambulance graphics were designed through the cooperation of the Beech Grove Fire Department and the TKO design team.

The design includes highly visible reflective chevrons on the back of the ambulance, unit numbers, and medic numbers. Along with the department’s logo, the design incorporates the Star of Life symbol. This six-pointed blue star, outlined in white, was designed by the NHTSA (National Highway Safety Administration) under the auspices of DOT (Department of Transportation). The symbol is used to certify ambulances, paramedics, and EMS personnel. On an interesting note, the word, “Ambulance” is reversed (mirror image) on the front of vehicle. So, can you guess why?”

I’ve been taken to the hospital in an ambulance. I’m an adult, and it was scary. I was afraid. If it hadn’t been for the staff, it may have been terrifying. So, imagine what an ambulance ride must be like for a child.

My first impression of the Helen DeVos Children’s Hospital critical care transport was — “that’s fun!” It took me a minute to realize its function. And then I understood, so, this ambulance was different because fun was the point.

The wrap includes bright colored childlike shapes on a solid blue background. Why blue? Because blue creates a feeling of trust, therefore being a reliable source of help during traumatic times.

The word, “ambulance,” isn’t printed anywhere on the vehicle. Because it’s a transport, not an ambulance. So, the design of this transport wrap put a smile on my face — let’s hope it does the same for children in need.

The Helen Devos Children’s Hospital of Grand Rapids, Michigan, came into being in 1993 as a critical care hospital for children. U.S. News and World Report selected Helen DeVos Hospital as one of the top 50 pediatric specialty facilities in America for 2012-2013.” 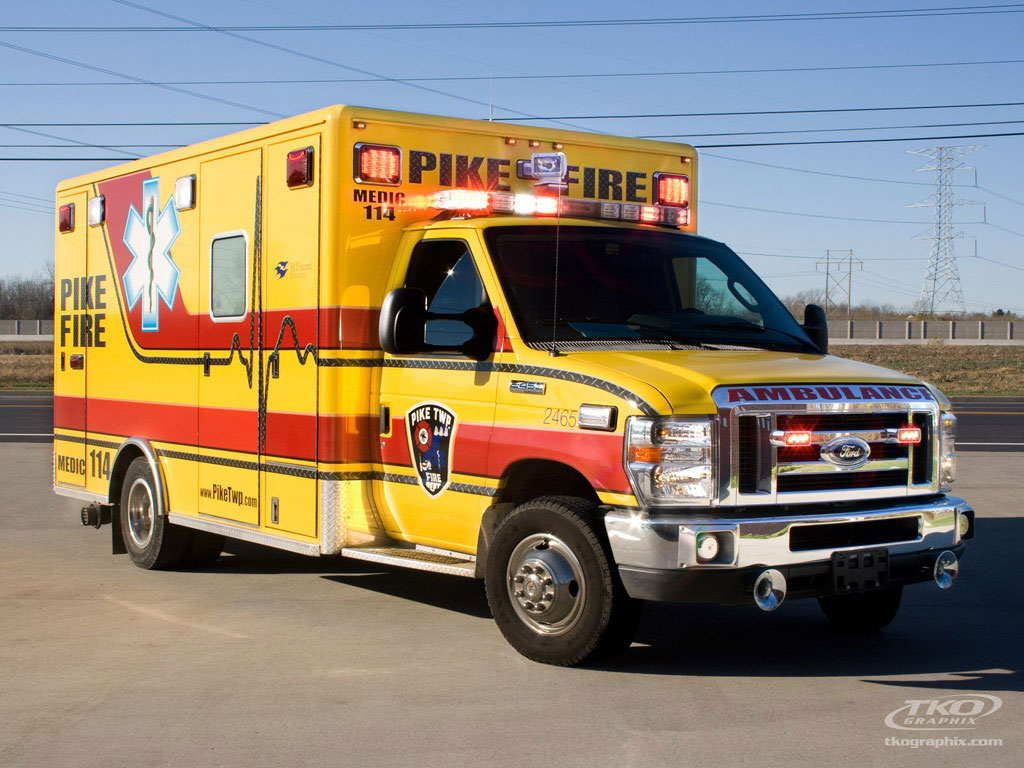 What You Should Know About Sharing the Road with Emergency Vehicles

So, until I asked Tracy what was important about designing graphics for emergency vehicles, I never considered how critical identification is. I guess it’s something I’ve taken for granted, but if an emergency vehicle doesn’t immediately look like an emergency vehicle, it becomes a public safety concern. The agencies are doing their part so, we, the public, need to do ours.

What to Do When Emergency Vehicles Approach

In your lane – Pull over to the nearest edge

In the opposite lane – Be prepared to slow down or stop

Keep in mind, police may approach with lights only as to not alert criminal activity with sirens.

Remember to stay alert and look for emergency vehicles. They are serving you and me. Give the right of way to any vehicle flashing red, blue or amber lights. Let them do their job—safely.

What You Should Know About Emergency Vehicles

*cited from The National Safety Commission.

Have You Said Thank You?

TKO Graphix is privileged to work with emergency teams, fire, police, and medical all over Indiana and beyond. We salute all the hero’s that operate these emergency vehicles. Because these men and women put themselves in harms way every day.  So, why not take a minute or two this week and stop by a station and show your appreciation for these life-saving public servants by simply saying thank you? Because, we’d be lost without first responders and emergency workers.